​A large number of Venezuelan players poured into the page game RuneScape logging to make money, causing normal players to be dissatisfied

Venezuela is experiencing the worst economic crisis in history, with inflation exceeding 400%, and ordinary people in the country hope to make money through emerging means. Among them, many people are using the large-scale page games such as "Runescape" to sell the game gold coin RS Gold in exchange for cash. A local report last month pointed out that a Venezuelan player successfully raised the family through full-time play "Runescape" and paid for his living expenses. Earn RS Gold in various ways in the game and sell it in exchange for cash.you can Buy OSRS GP from rsgoldb2c.

Since then, there have been a lot of complaints on the "Runescape" forum of the Reddit community, reflecting the influx of players who speak Spanish in the game server. These Venezuelan players may want to make money in this way. They killed all the monsters in the game map and took various props. Although there is no vicious logging that uses plug-ins to earn RS Gold, it also caused many old players to complain. Some people even published a guide, hoping players to hunt Venezuelan player characters that are rampant in games. 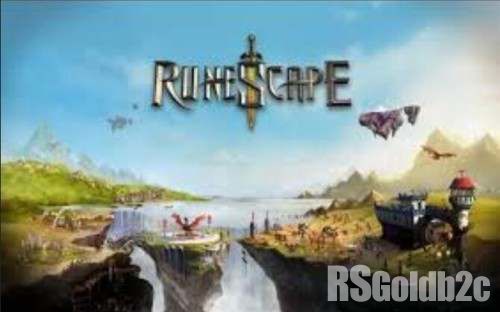 In many places in "RuneScape", you can see groups of gold farmers. The relationship between players and gold players has also become more and more tense. Many players require the game operator Jagex to ban all gold farmers, and some people even wrote an article to teach other players how to hunt, kill and A guide to insult gold farmers is posted on Reddit to prevent them from obtaining RS Gold.

This guide caused huge differences and intense discussions. Many RuneScape netizens believe that this approach is very inhumane. "It's unimaginable. I saw a guide that teaches you to effectively kill the poor." "Humanitarian crisis is happening. Someone is going to starve to death, but the author of the guide thinks this is a good plan, not only Kill them, and laugh at them in your own language, this is really a jerk." Another netizen commented. However, there are other people who believe that gold farmers only get RS Gold, which violates the rules of the game, so no matter how they are treated, it is not an exaggeration.

Yasser is a former "RuneScape" gold player, and now he has moved to the United States. He said, "It makes people angry, my family is still in Venezuela. I know exactly what it is like to be hungry. And when I saw people born lucky to torture those who can't even eat food I’m really heartbroken for those who are full, they just want some RS Gold."recommend RSGOLDB2C to buy RS Gold.