The Holy Tomb is an agility activity, located in the ancient Saradodin cemetery in the Halloween city of Harawawele, below the Dark Land, and can be used by players with agility level 52. Five floors can be scaled according to the player's agility level. To obtain the sacred mark, the coffin must be looted, and the deeper floor provides more marks for each looted coffin.

In the Second Age and the Early Third Age, Morytania's land was the Saradom Empire, known as the Halloween Valley. Halloween tombs are the final resting place for many residents of Halloween Valley. The robbery of the coffin sometimes produced a sacred symbol or monk's robes, indicating that members of the Sarah Dharma teachings were often buried there. 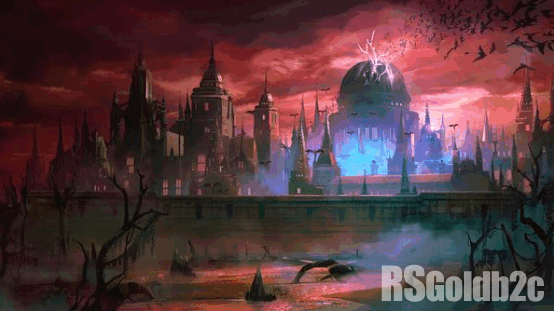 Besides, for those who can reach the center of the tomb, players will have the opportunity to rob the coffin of the Great Sage. Saradom's judicial officers finally instructed the Unicorn Archbishop to start protecting the grave. They become more proficient because the traps are more deadly when they move on the floor. Although the Valley of All Saints was thrown to vampires, the purpose of the trip was very successful: since the fifth century, no vampire can enter the grave.

23 September 2020, the sacred tomb voted in the 72nd poll finally ushered in an update. Hallowed Sepulchre will add a new item in this update: the Hallowed Sack. This burlap is piled with trophies worth about 100,000 GP, and you can buy 100 sacred seals.

One trophy roll of the Great Sage's coffin has been moved to another coffin on the fifth floor.

The sacred sacks have been added to the mysterious Halloween shop.

The price of Black Acorns has been reduced from 5,000 Holy Marks to 3,000. Players who purchased a version before this update will receive a refund of 2,000 Halloween tokens when logging in.

If you want to learn more, please continue to pay attention to our official website rsgoldb2c.com and you can also buy OSRS Gold at a very favorable price, 100% safe and fast delivery!